Catcher in the Rye, by what's his name

Yeah, Salinger. So what can I say about Catcher in the Rye? I don't get it.

How did this book shape a generation? It wasn't good. I really didn't like it, at all. I tried to like it, I really did. First off, it's in first person. Why do all these classics lately (Rabbit, Run, comes to mind) have to be in first person POV? There's been few good 1P POV novels out there (Clockwork Orange: fantastic; Slaughterhouse-5, its interruptions). What other good ones are out there? Don't say Artemis, because that was crap.

But that wasn't all. This was stream of consciousness type stuff. Just kept waiting for something to surprise me. Like the phonies thing, I thought maybe it would turn out everything the narrator was telling us wasn't what was happening, that he was a phony as well. Phoebe was perhaps the best character, and damn I felt bad for her. And sorry, but I would have had issues with this Holden character if I'd been spending so much money on him and private school.

OK, so enough. I read it. Like Wuthering Heights, I never have to read it ever again. Yuck. 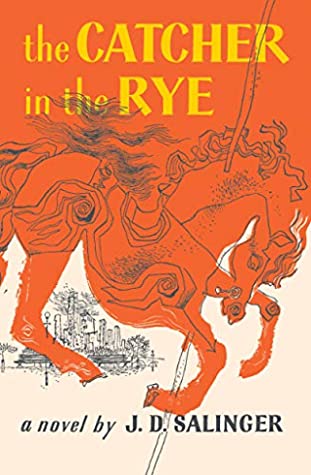