This is my second book in the Porfiry Rostnikov series. The first was Death of a Dissident, which I read back in 2020. This one had the same issues the first one did, editing-wise, which I blame on the publisher:

This one I blame the author and/or the editor. On p197 Rostnikov tells a manager that his boss is "Procurator Timofeyeva." Any Russian (who the manager is) would know the procurator is a woman (the -a of the last name gives it away) but what follows is four paragraphs of discussion and thoughts, then the manager: "...though I would like an official memo from him." "Her," corrected Rostnikov. (p198)

Likewise the last name used by one of the policemen trailing a suspect in the book. The cop is male, but the last name is Ivanolva. That -a again. I did some searching online and in a Russian genealogical site, and the only Ivanolva they found was for a woman who lived in Samara, b. 1915 - d. 2001.

There might have been another inconsistency. Kaminsky never comes right out and mentions what year this story is set in, but early on says something about the Moscow Olympics happening in the past, so I knew it was after summer 1980. Then, one of the characters mentions "your leader Andropov," who I double-checked on Google reigned from Nov 1982 to Feb 1984. But several chapters after the mention of Andropov, another character lets the reader know it is 1981.

None of the above took away from the story, though. This is another wonderful detective story set in a city I know very well. I love reading stories set in places I've lived, especially places I miss. Alas, that whole place is controlled by a mad man. 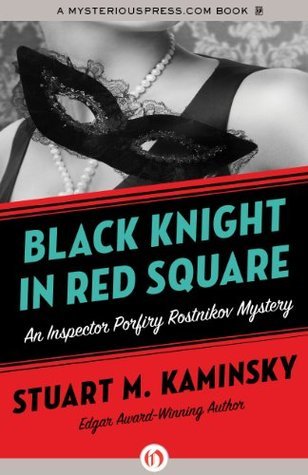